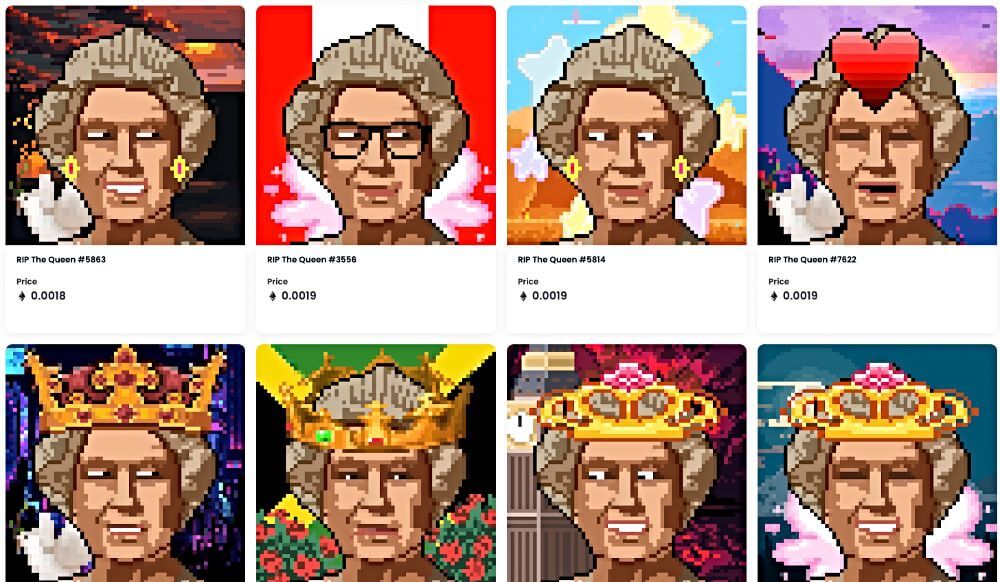 Given the general outpouring of grief worldwide over the death of Queen Elizabeth II, which even saw Russian President Vladimir Putin send a message of condolence, the opportunistic launch of so many tokens doesn’t seem to have gone down well with the vast majority of the global crypto community.

But the award for worst taste definitely goes to the RIP Queen Elizabeth project on NFT marketplace OpenSea. The creator has posted a collection of 520 garishly bad ‘artistic’ images of her majesty – all of which are more than a little sinister. Again, however, the collection seems to have fallen flat.

Perhaps most disturbingly, the fact that the RIP Queen Elizabeth project consists of 520 NFTs strongly suggests the creator had already made the artwork and was waiting for the Queen’s death to launch the collection. Likewise, another NFT collection on OpenSea, called RIP The Queen Official, has a staggering 8,200 crappy pixel artworks of the Queen, in an attempt to exploit her death.

So, how many more NFT creators are waiting impatiently for a person to die to try and make a quick buck? Maybe OpenSea should introduce some new policies.