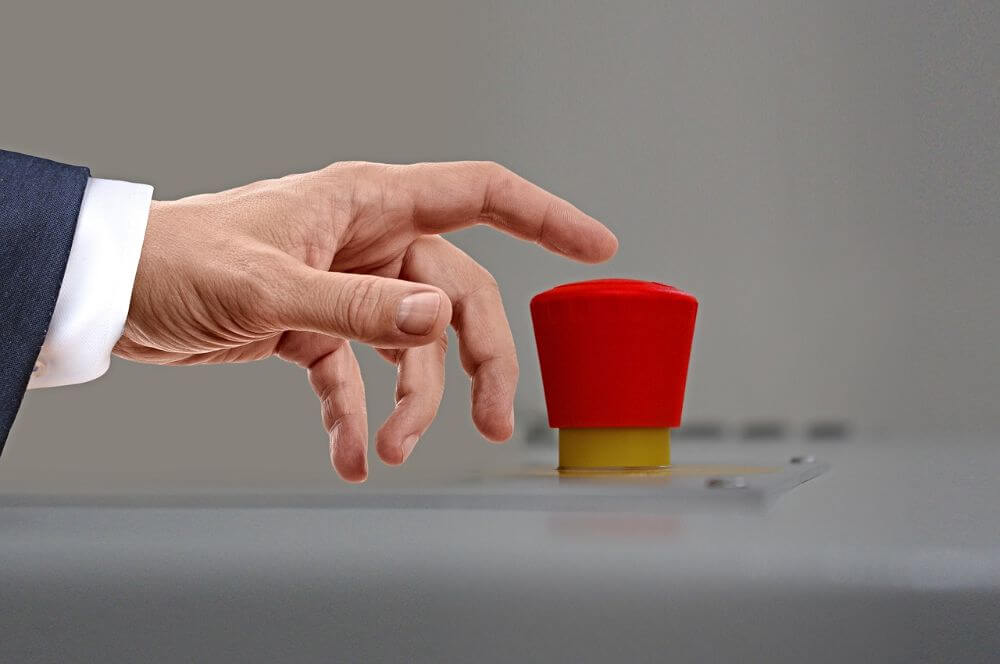 Over the last six months or so, we’ve been hearing a lot about inflation and what’s driving it. We’ve also been hearing a lot of discussion about Bitcoin, and whether or not it really can be an effective hedge against fiat inflation. But, we might be about to find out once and for all, because there’s an inflation bomb about to drop – and it’s nuclear.

In the United States, Joe Biden’s government has announced its intention to forgive student debt. Now, at first that might sound like a great move, especially when people are struggling economically, battling rocketing food, energy, and housing prices. But, the move could be the straw that broke the camel’s back, and trigger an inflationary death spiral in the US – something that would quickly result in global contagion.

A Slippery Slope – Hyperinflation on the Way?

If you’re wondering why this could be such a big deal, it’s because there is currently approximately US$1.75 trillion worth of student debts in the United States, or almost $30K per borrower on average. According to the BBC, at the moment, the government is talking about granting partial debt forgiveness – up to $10K per person who earns under $125,000 per year and up to $20K per person for those students on Pell Grants.

However, this is just the start. It’s hard to see how Biden’s administration will be able to resist what is sure to be incredible pressure to extend the debt forgiveness, perhaps incrementally at first, to cover everyone. After all, not doing so would be a slap in the face to all those who’ve been working multiple jobs and struggling in order to pay their loans – and, those people are voters.

The result? Well, hundreds of billions, and potentially nearly two trillion dollars suddenly flooding the US economy. But, this won’t be money going to institutions, as in the case of the quantitative easing programs, rather this will be money going straight to the public. And, as much as individuals will be sure to welcome it at the time, it will quite obviously add huge inflationary pressure on consumer goods and housing.

But, there’s potentially a silver lining for the crypto world. As we discussed earlier this week, some experts argue that Bitcoin (BTC) is still a great inflation hedge, especially when it comes to inflation driven by increased money supply (as opposed to scarcity of resources/lack of abundance). Others have pointed out that Bitcoin will prove itself the best inflation hedge, but only when there’s wider adoption.

So, with inflation already at record levels across much of the world, and with Bitcoin adoption rapidly rising, Biden’s government looks set to pour lighter fuel onto the fire. This, coupled with the continuing global agricultural, energy, and supply chain crisis, wars, and natural disasters, could well see hyperinflation cripple the traditional fiat based economies.

But, this may well be the moment for Bitcoin, and possibly others cryptocurrencies, to finally prove their worth. Are we about to see a significant bull run melt the long crypto winter, as investors large and small scramble to find ways to protect their wealth?