NFTs: The Elephant(s) in the Room 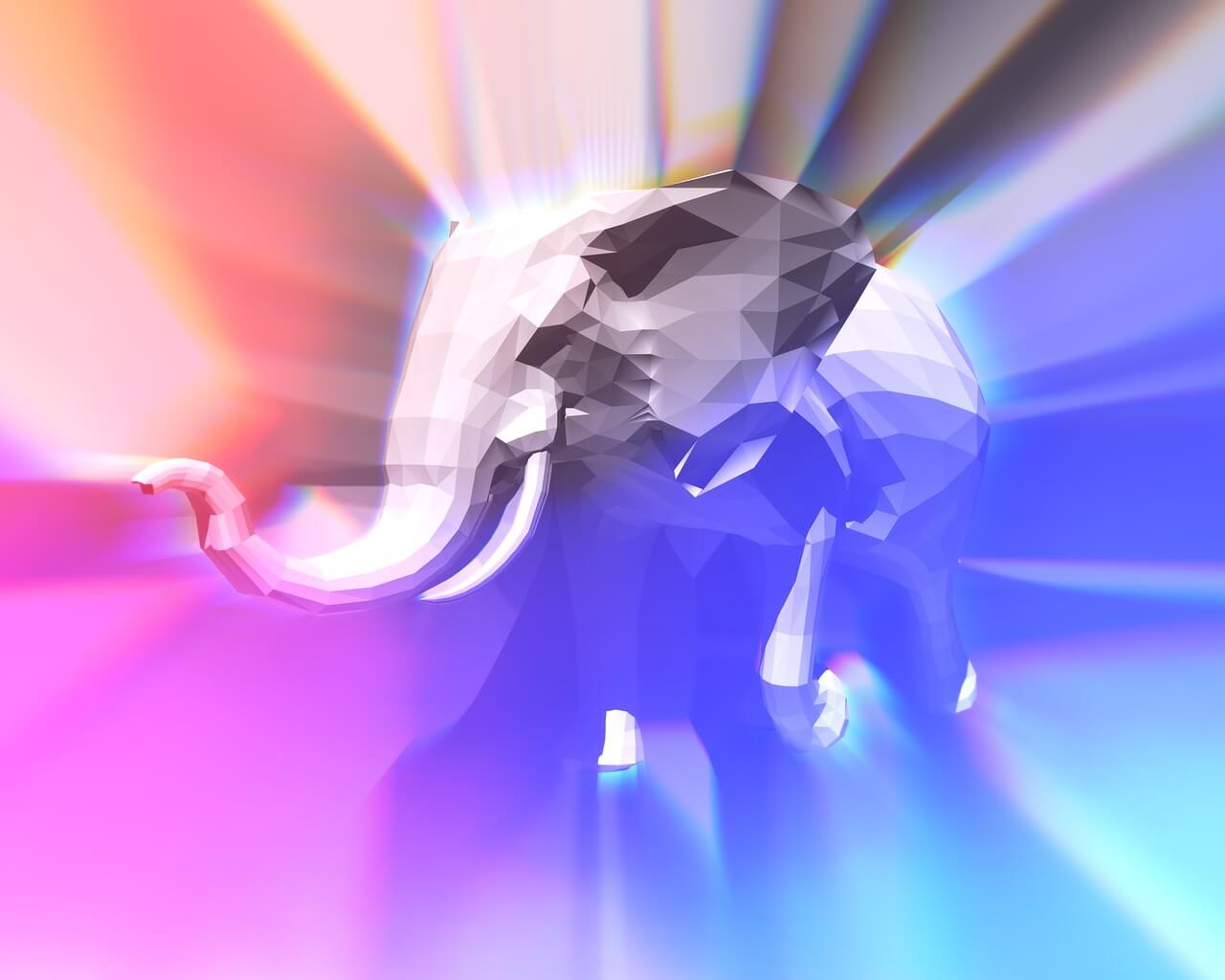 Non-fungible tokens, or NFTs as they are more commonly known, are hailed as one of the most promising aspects of crypto technology. By using smart contracts and blockchains, they enable the easy transfer of ownership of digital assets, ranging from art and collectibles to music, memberships, and car service histories. Or, at least, that’s what most people assume.

Indeed, on the surface, the promise of a foolproof system of digital ownership transfer, and immutable blockchain-based histories, sounds like it will usher in a new era of truly digital economies. Viewed in this context, NFTs are, quite logically, foundational to Web3 and metaverses. Awesome, right?

But things might not be that simple. In fact, they definitely aren’t. But, before we get to the major problems with NFTs, let me first just say that I’m actually a big fan of NFTs – or, at least, the potential of NFTs. Heck, I’ve even experimented with selling my own NFT artwork on OpenSea – but that’s a conversation for another time. So, let’s start at the beginning; what are NFTs?

Most people assume (understandably considering the way they are marketed) that NFTs are the actual digital ‘items’ – like a picture of a monkey, for example. But, they aren’t. The item, or ‘reference material’ as I’ll call it from this point, is a file residing on the blockchain, but the NFT itself is the piece of code that points to it. The smart contract.

And, that smart contract isn’t actually a contract in the legal sense at all. Smart contracts were termed so by developers simply because it describes their literal functionality – i.e. the code says to do something if certain conditions are met. But, NFTs have no legal status as contracts of sale, anywhere in the world.

This presents a problem. You see, when you sell anything (or even attempt to), online or offline, you are bound by certain laws and regulations. Of course, these will vary depending on where you are, but in most developed countries they are similar. And, this is a major problem for NFTs. Why?

Because when most people purchase an NFT, there are no adequate terms and conditions from the seller, and even if there are, there’s normally no way for the seller to be reasonably certain the buyer has read them and agreed to them. So, immediately, we have issues with basic contract law and consumer protection regulations.

Next, even assuming the sale itself was legitimate, what is the buyer actually buying? The NFT of course, right? Okay, so, what is the NFT? The code – not the reference material. The NFT code merely points to somewhere on the blockchain where that reference material is supposed to be stored. So, most people who think they’re owners of pieces of digital art may actually own nothing but a smart contract (and remember, in legal terms, it’s not a contract).

Okay, stay with me, because it gets even more complicated. Let’s assume that someone sells an NFTs with adequate terms and conditions of sale, and the buyer is known to have read and agreed to them. Cool, right? Nope. Because, when the original owner decides to sell it, we have a whole new set of legal confusion related to secondary owners.

You see, when you buy a physical good – whether that be a painting, a book, a record, a car, or a toaster, you automatically get the right to sell that thing to a secondary buyer (unless there is a specific legal agreement otherwise). Note, this does not apply to things like most digital files – when you download a music track from a legal service, for example, if you read the agreement, you are basically renting limited usage rights.

Also, note, buying an object does not include copyright (unless specifically agreed otherwise in a legal contract) – for example, buying a painting does not give you the rights to make copies and sell those, you just get the right to sell the original thing as property. Anyway, this will come into play later, so keep it in mind.

And, here is the crux when it comes to NFTs; the secondary buyer is not in privity with the sales contract of the original buyer. So, the idea that NFTs can be sold onwards indefinitely along with any additional specific rights (like unlockable content, or royalties to the original creator) is probably on very shaky ground and legally unenforceable.

Copyright can of worms

Next, we come to the issue of the way many NFTs are actually created – i.e. generatively. Because many NFTs are not created by humans, but rather by computers using programmed traits, there is a big question as to whether they can actually be copyrighted at all. This is because there is a legal precedent, at least in the United States, stating that only creative works made by human beings can be copyrighted (there was a famous case with a monkey, a camera, and a selfie – Google it).

Obviously, this could present a very big issue for generative NFT projects like Bored Ape Yacht Club and CryptoKitties. And, while we’re talking about copyright, NFTs have been touted as a way of helping content creators protect their work and revenues. But, do they in practice – or even in theory? Well, probably not in their current form.

Spend any time on any major NFT marketplace, and you’ll find it is virtually impossible to ascertain if the original creators of NFTs actually owned the copyright to the materials they used. How do NFTs solve anything here? They don’t. If someone, or even a bot, mints an NFT that uses material they don’t have legal permission to use, and then it is sold on, it is still illegal. And, you’re an artist, and someone steals your work and mints NFTs, how does a smart contract help protect you? It doesn’t. In fact, you could argue it magnifies the complexity of the problem.

Anyone who has their work used without permission by another NFT creator still has to rely on traditional copyright laws and legal processes. As we’ve already discussed, the smart contracts themselves have no legal status anyway. And, this all means, anyone trying to protect their copyright will still face the same challenges as they did in the pre-NFT digital world (i.e. a lengthy, very costly and time-intensive legal process, with little chance of success but an almost guaranteed nervous breakdown).

Is there a future for NFTs?

Now, don’t get me wrong, I’m not trying to write NFTs off. It’s clear there are many use cases when NFTs make perfect sense. For example, they could definitely cut out middlemen and make a host of transactions more efficient (especially escrow-type cases). But, for NFTs to reach their potential, they must be used within legal structures and environments that actually allow them to do what is being promised.

Maybe what we are seeing here is simply a technology that is advancing faster than the ability of society to comprehend and adapt to it? After all, it is hard to argue that the NFT space thus far hasn’t, in large part, been driven mainly by speculation and greed, rather than reasoned thought. Saying that we’re now seeing major brands start to invest significant sums into NFTs, so presumably, they have fleshed out a reasonably logical roadmap for the coming years. But, then again, if the FTX debacle has taught us anything, its not to assume things make sense just because major firms are involved.

My prediction, for what it’s worth, NFTs are here to stay and will, eventually, be integrated into many aspects of our lives. They will serve as the basis for thriving digital economies in various metaverse games and probably be core to the next generation of social media. They may even retain a place in the art and collectibles world. But, we’ll look back at the early years of NFT mania, and the way the current market works, and shake our heads.

Sometimes, the issues are so obvious and basic that we don’t want to see them.

If you want to dig into this subject further, I highly recommend watching the following video by the amazing Legal Eagle. It’s long, but worth it, as he goes into much greater detail about the points I’ve touched on above.